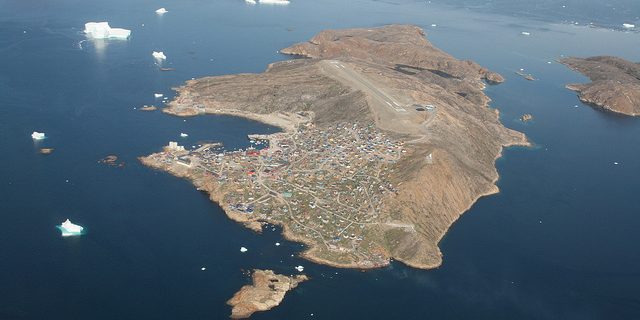 Upernavik is a prime town for travelers who want something between an organized holiday and a self-sustaining Arctic expedition. The off-the-grid factor in Upernavik is great thanks to its high northern latitude and a sun that disappears for three months a year. But with oodles of surrounding villages, lively maritime traffic in the summer, and easy connections from tourist hotspots, one still feels comfortably connected to the rest of Greenland.

Flying into Upernavik on a small propeller plane, you land on the snowy hill high above town. And so at the first sight of Upernavik you see exactly what adventures await. A bay dotted with thousands of islands, the spectacular Upernavik Icefjord to the north and the world’s largest bird cliffs, Apparsuit, directly to the south. An open-air museum revealing colonial and Viking histories. And a town full of interesting Greenlanders, each with his own narrative about daily life in Upernavik.

We don’t offer any excursions in Upernavik.

Instead we can arrange for a choir in the church and maybe even a minibus to take passengers to the airport area from where there is a fantastic view of Upernavik.